Friday was my 38th Birthday. Already, it felt so much better than last year, which I mostly spent feeling sorry for myself. For what, I cannot remember, except depression. I was in a funk, thought no one remembered or cared, and just did everything I could to make myself miserable at everyone else’s expense. I’ve had other years like that, and I have no explanation for it except to just move on and accept that I’m going to be weird sometimes.

This year, I embraced the “I’m older, and I don’t give AF” (as the kids say) attitude. I asked my mama to keep the kids, and my husband took me out for fancy food, once of my greatest pleasures. I ordered my bottle of wine in French, embarrassing the waiter who clearly did not speak French and just asked me to point to it. They were out of the bottle (the wine list was literally 20 pages) but instead of being salty (as the kids say) I ordered myself a glass of rose` and let my husband pick his own wine. Then I had a tremendous glass of Cab Franc from the Loire Valley with my dinner, full of tropical and floral notes. It was heaven in a glass. Until I ordered a Bourbon with dessert, something I have never permitted myself to indulge in. If you are wondering, I am not typically a Bourbon woman, but it just felt right, and after doing a little research this weekend I learned that I made an expert pick for a novice Bourbon drinker wanting to try a neat that didn’t burn all the way down: Basil Hayden.

But back to what I wanted to write about…I am totally “that mom”. The one that is sad when her kids no longer need help on the playground. The one that is a little peeved when she can no longer join her kids on the bouncy equipment. The one that is the first one running around in the ocean, playing some ridiculous toss game with a 7 year old and crawling around a tide pool with a 2 year old on her back, despite the massive wedgie her swimsuit is making (true story). The Monday before my birthday, I was the mom on the water slides with her kids. And on Friday, I was the obese-mom-on-skates at her son’s ice-skating camp. Despite not being on ice skates for close to 20 years, despite outweighing the other moms watching their kids by AN ENTIRE PERSON, and despite the pain my feet were taking from way too tight hockey skates, I was the *ONLY* parent out there, shuffling around, trying not to cling to the wall or fall over, taking advantage of a free 30-minute skate with my kid. (I didn’t fall, by the way, but I also couldn’t muster the courage to do a hockey-stop.)

I don’t understand these other moms. I don’t get why you would pay to go to a water park just to park yourself under an umbrella and watch. I can understand why a tired, late-30’s mom of 2 or 3 young kids needs to spend some time resting or reading under her canopy on the beach while the kids play, because we’re ALL tired, especially after carrying a 30-pound toddler on my back for a quarter mile hike from the car to the sand, dragging the cooler behind me. But I don’t understand the mom in front of me last weekend who literally moved out of her beach chair only twice during the 3 hours her kids played with their dad, and never set foot in the ocean. I’m out there huffing and puffing, out of breath, making a general mockery of myself and showing everyone my nearly non-existent fitness level, and NOT CARING. AT ALL.

So, I will gladly be the biggest mom on the waterslide, or on the beach, or hiking up that mountain, or out there on ice skates, because Damn it, that’s about all I’ve got left in this body as it is and I’m not letting go of it. I don’t care what I look like to other people. I’m sure some are thinking, “wow, I can’t believe she’s out there in front of everyone, how embarrassing”. But mostly I hope people are thinking, “wow, look at how much fun she’s having with her kids…if she can do it, I can!”

To return to French, this year on July 7, and hopefully for the rest of the summer, I will be that mom, the one with the “joie de vivre”.

Broken mess of a human. View all posts by Lucy

2 thoughts on “Seriously, Just do it!” 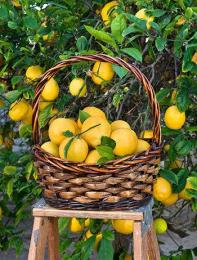